How we started – from the first Church Minute Book

“A brief statement of the origin of the Independent Chapel, And Church of Christ Assembling in Hephzibah Chapel Wootton Bassett Wiltshire.
Wootton Bassett is one of those places which the Revd Rowland Hill visited in the early part of his Ministry. After visiting this place several times, he, to provide for the Continuance of the preaching of the gospel, purchased a small dwelling house which was fitted up for the worship of God. This was intrusted to the care of a Farmer in the neighbourhood, who regularly invested it in trust. In this place the gospel was occasionally preached by neighbouring Ministers, but more generally by Mr Bartholomew who was accustomed to intinerate in the neighbouring towns” 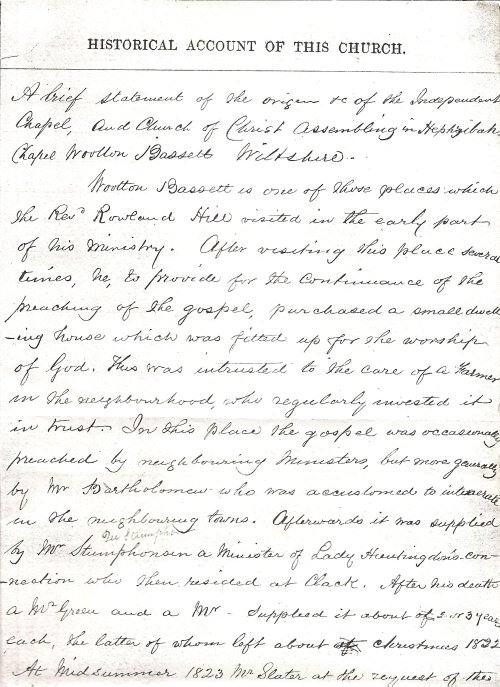 This entry was posted in History. Bookmark the permalink.